18% ROI and NO COMMISSION FEE for the buyer!
No additional investments required. Options for expanding the business. Possible to hire a manager.

Basic information
about the property

An attractive, operating located in the world-famous National park Plitvička .

There are 7 parking spaces – one for each room and one for the owner of the property. There are also 2 covered terraces with furniture to either relax during the day or eat a meal outside instead of in the restaurant. There are three sets of Ratan furniture on one terrace and four tables each with two chairs on the other terrace. A large private garden is also available to the guests including the outdoor furniture – sunbeds, a swing and a sun umbrella.

The building features a restaurant with a bar with a reception area on the ground floor as well as a toilet for daily use for guests. There is also a separate bedroom, a living room, and a bathroom for the owner, which is possible to convert into an apartment for renting out.
On the first floor and the mansard, there are 3 rooms on each floor. Five out of the six rooms (approximately 22-23 sqm) are rated with four stars and one with three stars (approximately 19-20 sqm – due to its smaller size it is not large enough to qualify for four stars).

Each room is equipped with a double bed (rustic solid oak 5ft king sized bed) and a bathroom, the furniture is made out of solid oak and oak floorboards (throughout the house), 2 bedside cabinets, a solid oak wardrobe, a solid oak mirror frame, a table, a mini fridge, a wall-hung flat screen Samsung  television (with satellite channels), 2 leather tub chairs, an air-conditioning unit Daikin (cooling & heating possibility), custom-made hand-painted high-quality paintings in all rooms (themes of National Park Plitvička Jezera).

They are all equipped with Geberit wall hanging toilets, wall hanging cupboards with a basin and a low-profile, half-rounded shower trays with sliding doors (with an 8 mm glass walls and doors). All water taps are from Hansgrohe (basin, shower & toilet). There are ceramic tiles covering the entire walls and floors of each bathroom. There is also a mirror with shaving points and a hairdryer in each bathroom.

There is space in the restaurant for every guest as each room has its own table and two chairs. In addition, there is a flat screen television hung on the wall as well as an air-conditioning unit and paintings as well. A fridge for drinks and a table with cereal, juice, and coffee machines for breakfasts are also located in the restaurant.
In the kitchen, there is enough space to prepare both breakfast and/or dinner. It includes an American style fridge-freezer, a ceramic kitchen sink, a professional cooker (Cookmaster) with 7 gas burners, three electric ovens, a meat slicer, a kitchen hood, a microwave and more.

Additional information about the property

Condition of the property

The mini-hotel was completely renovated in 2014. Thus, NO FURTHER INVESTMENTS ARE REQUIRED and the new owner can begin running the business immediately.

The mini-hotel can be heated in multiple ways. On the ground floor, where the kitchen and the restaurant are, there is an underfloor heating system heated by a furnace with pellets. Each room has radiators, also heated by the furnace, in addition to the air-conditioning units which can both heat and cool the room.

The mini-hotel has both water, sewer, and electricity connections. For electricity, there are also four solar panels on the roof. There is optics for internet and a TV connection. There are 3 routers in the house for guests to connect to from anywhere on the property.

A well renovated and well maintained property near Entrance 2 . The host is very gracious, always offered us a lift to the National park entrance . We enjoyed our 2 night stay here and recommend it very strongly to anyone who is looking to visit the lovely lakes.

We stayed here for 3x nights and absolutely loved it! Both the breakfast and dinner were tasty and the room was very clean and a good size. The host, Dragan, made our experience really personal and even took us to see some local areas nearby! They even washed my shorts for me, as a I spilt some food on them the day before we arrived. Highly recommend!

I couldn’t recommend this place highly enough. From checking in to leaving we felt like honoured guests. The room was immaculate. The breakfast more than amply fortified us for a lovely day walking in the beautiful park nearby. We returned to an excellent dinner – those potatoes – I still need the recipe! Thank you, Dragan. The highlight of my holiday!

(based on approximately 530 reviews)

HOTEL STYLE – Charming and Safe
Has certificate of excellence.

Situated in an extremely good location, this house proves not only interesting for guests from European countries but also from visitors from all over the world.

Distance to the Zadar airport (by road)

Distance to the Rijeka airport (by road)

Distance to the international airport Zagreb (by road)

Additional information
about the park

With its exceptional natural beauty, this area has always attracted nature lovers, and already on 8 April 1949, it was proclaimed Croatia’s first national park.

The process of tufa formation, which results in the building of the tufa, or travertine, barriers and resulted in the creation of the lakes, is the outstanding universal value, for which the Plitvice Lakes were internationally recognised on 26 October 1979 with their inscription onto the UNESCO World Heritage List. In 1997, the boundaries of the national park were expanded, and today it covers an area just under 300 km2.

Furthermore, the park is very popular, among other reasons, because it is frequently voted as one of the best and most beautiful destinations/parks to visit in Europe and the entire world.

Read more about the park 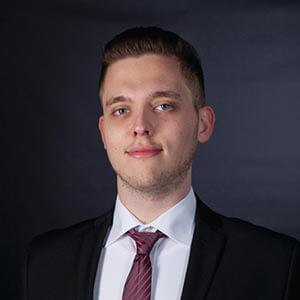 Should you have any more questions or require further details about the property, please contact us!